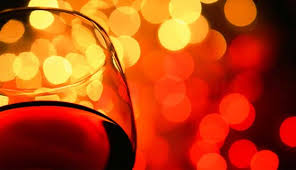 Disclaimer: This was written when I was three glasses of wine donw… I mean down. Hee hee.

1. It seems funny when she spits out the idli you’re feeding her. Whooo look at that trajectory. Good job! *clap clap*

2. The terrific mess she and her bestie made in the drawing room suddenly becomes an amusing obstacle race. Wheee look at me go! Didn’t step on the broken guitar. Yessss!

3. The five millionth repetition of whatever repellent cartoon she’s watching doesn’t bother you in the least. You haven’t seen it spin around in quite this way before. Joke’s on you, kid. One more episode? Suuuuure. Go right ahead.

4. It doesn’t even bother you that she seems to be coming down with the fifth cold of this month. Sneeze. Blow your nose. Or not. Whatever.

There are few jobs as frustrating and just plain exhausting as feeding a toddler with fussy eating habits.

If toddlers were like camels, it wouldn’t matter as much; we could just stuff them with one really good meal a day and then relax while they subsist on the good stuff stored away in their humps or whatever. Unfortunately, they’re more like hyperactive hamsters that burn calories nonstop by running round and round in circles, so you need to feed them three times a day and add healthy snacks in between. The result? Your whole day pretty much revolves around planning what to give them at each meal, and making sure it’s ready on time. Then you need to wheedle them into actually trying the food, selling the dish like some desperate door-to-door salesman (“Paruppu sadam is Dora’s favourite, I swear!”), before finally spending an hour feeding it to them. By the time you’re done with one meal, it’s time to regroup and start thinking about the next.

There’s no step of this process that’s simple. Entire food groups need to be left out simply because your toddler has decided they’re “yucky”. There are no guarantees whatsoever — what was ‘in’ last week or even last night might be on the barf-list today.

And so, for all those parents out there who struggle with this meal after meal, snack after snack, day after day, I propose the creation of the Parents of Fussy Eaters (POFE) support group. This is a non-judgmental space, a place where no one will say, “Your child looks so thin! Has she lost weight?” and no one will blink an eye if you say she had banana chips and ketchup for dinner last night because that’s all she would eat.

We’ll be there for you when your toddler refuses to even taste the soup she claimed she LOVED just last week. We’ll hold your hand when she eats barely two morsels of the dish you spent all evening cooking for her (“It’s kaaram!”). We’ll listen while you rant about the way she ravenously ate curd rice — the one thing she will not touch at home — at your friend’s house, just moments after you’d finished assuring the friend that she definitely wouldn’t eat it. We’ll share in your wistfulness as you watch another child wolf down a full festival feast and wipe his ilai clean, while yours has eaten about one-fifth of a dosa. We’ll pat your shoulder understandingly when you confess that your child sometimes has lunch at 4 p.m. because breakfast took till noon. We’ll even help you lose that extra weight you’ve gained because of eating all those ghee/butter/cheese-filled delicacies your toddler wouldn’t finish. And provide therapy when you snap from having to watch the same cartoon over and over again three times a day, seven days a week, because it’s the only thing that makes your child eat.

You can call our helpline any time, after the trauma of breakfast, lunch or dinner, or after you’ve spent half an hour trying to feed your child half a banana, which now lies in little spit-pools all over your drawing room. You could get mad and decide to just let her eat whatever she wants. But you know you’ll pay the price for that with a night-long tummy ache session, because her idea of a balanced meal is probably chocolate cake and cola.

Instead, call us or attend one of our meetings. No one here will give you advice or thrust super-nutritious recipes on you, recipes so complicated that even the ingredients intimidate you, and no one will look horrified if you say your child hasn’t eaten any vegetable other than potato in three months.

At POFE, we’re simply here to listen to each other’s hair-raising, appetite-killing stories. And, in the process, help you keep your sanity through yet another long meal with your fussy eater.

2. You’re only required to prove adequate fussiness. Parents concerned that their kid didn’t go back for a third helping at the buffet need not apply.

3. The only advice we give at POFE is: toddlers are hardier than they seem. Don’t sweat the small stuff. Too much.

‘Toddler Talk’ is a weekly column that appears in The Hindu Metroplus.