My debut novel, ‘The Shrine of Death’ is a fast-paced thriller with a heady mix of crime, mystery, romance and the paranormal. It was published by Bloomsbury India in April 2018, and drew praise from critics and readers alike.

“If reading Divya Kumar’s ‘The Shrine of Death’ while stretched out on a beach somewhere, remember to slap on some sunscreen and order enough beer to last you at least a couple of hours. Because once you start on this book, it’s unlikely you’ll set it down before you race to the end.” — The Indian Express

“‘The Shrine of Death’ does what many of the author’s competitors in the genre either fail to do or just don’t care to do…  The story seems more real because the people and the situations are relatable, even with the occasional supernatural oddity thrown in.” — The Hindu

(Read more about ‘The Shrine of Death’ in the press) 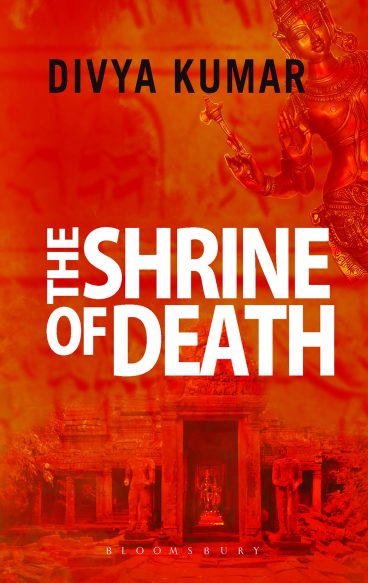 A beautiful, fiery young historian who discovered two priceless bronzes from the 10th century has disappeared without a trace …

Prabha Sinha, an IT professional in Chennai, is plunged into a murky world of idol theft, murder, and betrayal after she gets a mysterious phone call one night from her old friend Sneha Pillai. As she races to find answers before the people she loves get hurt, she seeks the help of Jai Vadehra, a troubled young man with a tragic past, and the gorgeous DSP Gerard Ratnaraj of the Idol Wing, CID, whom she can’t help but be drawn to. Their search takes them from Chennai’s newsrooms and universities to the abandoned sepulchral shrine of a Chola queen in the heartland of Tamil Nadu, and nothing, and no one, is as they seem …