Toddler Talk: I’m the parent of a pint-sized drama queen

That moment when you realise you’re living with a threenager…

A friend recently introduced me to the term ‘threenager’. It was a bit of an ‘Aha!’ moment for me. You see, no one had prepared me for the sheer drama that enters the household once your toddler turns three. Terrible twos and tantrums, sure. But this was a whole other ballgame. My kid, more often than not, was acting like she was three going on thirteen. What was going on? Well, now I had my answer: I was living with a threenager.

My first inkling of the fact came one night when the two of us had a showdown over something relatively minor (I wanted her to drink her milk. She didn’t want to.) What began as a typical toddler “Nononono!” type argument mutated and I was suddenly faced with a pouting threenager who informed me that she “didn’t like it here” and that she was going to “go away” all by herself to her grandma’s house. She even set off determinedly, clutching her dolly, and was only deterred by the fact that she couldn’t reach or unlock the front door by herself. Nevertheless, she folded her arms, averted her face and refused to talk to me for the rest of the night.

Since then, there have been declarations of, “I don’t like you, amma!”, and outbursts of “Everyone’s cheating me!” in over-the-top mega serial style (I don’t even watch that stuff… where’s she picking it up from?). We’ve even had that teenage staple cry of “It’s not FAIR!” with me shooting something back like, “Life’s not fair, kid, deal with it,” before remembering that I’m talking to a three-year-old. A three-year-old. I didn’t think I’d be hearing this stuff or dealing with it for another decade or so.But then I started thinking about it, and I realised that three-year-olds and thirteen-year-olds actually have a lot in common. One’s on the cusp of childhood, outgrowing babyhood rapidly. The other’s on the cusp of adulthood, outgrowing childhood. They want to do everything all by themselves, their way (clothes, food, you name it). Except, when they don’t. They’re dealing with this whole new world of big feelings. They feel deeply wronged against because they can’t do all the stuff adults do yet (stay up late, drink coffee, drive cars, wear make-up) and they have the vocabulary to express it. Strongly. The thing that makes teens tougher to handle, of course, are all those hormones coursing through their brains, wreaking havoc with their emotions. But I’m starting to suspect that if you studied three-year-olds closely, you’d find pip-squeak versions of those hormones swimming about in their little noggins too.

The other major difference is size and cuteness. You can physically pick up your pint-sized drama queen and prevent her from running out the front gate in a fit of pique (and I’ve had to do it too) but you can’t do that with an angry 13-year-old. Well, you could, but it would require significantly more upper-body strength. And – I mean no offence whatsoever to teenagers the world over here – I have to say that three-year-olds get away with a whole lot more just by virtue of still being cute little munchkins. A threenager throwing a hissy fit and declaring that “no one likes me!” – is kind of adorable, and more likely to get cuddled and reassured. A teenager doing the same – is more likely to get sent to her room. Unfair, but then, you 13-year- olds already knew that, right?

So, upon further consideration, I’ve come to the conclusion that the threenager phase is nature’s way of preparing parents for what lies ahead. Like giving you a tiny, toy-version of a gizmo to practise on before taking on the scarier, full-sized version in the future. And helping you to enjoy and treasure the (relatively) drama-free childhood years all the more. This way, when your kid hits the teen years, you’re not completely untried. You’ve had the trial run, a significant cooling off period, and now you’re good to go.

That’s my theory, anyway. I guess it’ll be verified in, oh, a decade or so.

‘Toddler Talk’ is a weekly column that appears in The Hindu Metroplus,

Five things that happen when you go out without your toddler 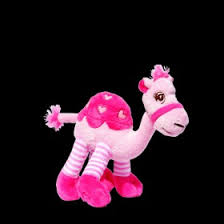 1. You re-discover the joy of walking in long, adult-sized strides without having a pint-sized person’s pace slowing you down every step of the way. And you can actually stop and look at whatever you want to! Clothes! Interesting people! Books! You even get to look at yourself in the occasional mirror and realise to your horror that you forgot completely to comb your hair before you left home.

2. You can walk past toy-stores or shelves filled with colourful trinkets or candy without dread striking your heart and without having to engage in a passionate, 15 minute argument with a three year old as to the merits of the fluorescent pink toy camel she really, really wants. Of course, you end up hovering around the store indecisively anyway, torn between wanting to pick up a little something for the kid, and not wanting to add any more to the already enormous pile of junk in your home…

3. You can walk down the street without having to stop to point out and discuss in depth the double-decker buses, cute pets, pretty flowers, and irregularly shaped reflections and shadows you pass along the way. Unfortunately, you find yourself noticing them anyway and longing to point them out to someone.

4. You can unthinkingly jab lift buttons without having to worry about a little person having a meltdown and yelling, “Nooooo! Meeee! I want to press!” You can also actually make the choice of whether you want to take the lift or the stairs, and do either in complete zoned out silence without having to make eye contact or conversation with another person for a change.

5. You come home and get the world’s most wonderful welcome from a little person who makes you feel like the centre of their universe. Perfect ending to the perfect outing! Though maybe you should have picked up that pink camel for her after all…