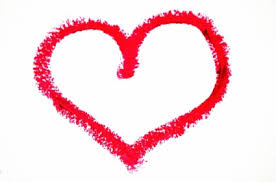 When your toddler first says she loves you…

Warning: Today’s column is going to get seriously mushy. I mean it. If that’s not your cup of tea, turn and run, run fast!

To those of you still reading, this one is all about feeling the toddler love. Yes, toddlers are a handful – they can be exhausting, infuriating, and naughty as heck. But they have a way of making it all worthwhile. A sticky kiss on the cheek from your little one can make the rainiest day feel all sunshine-y. And a heartfelt toddler-huggie (as opposed to the “okay, let’s get this over with” perfunctory lean-in version) is the world’s number one stress-buster. It may last for all of 0.25 seconds (before the kid squirms out of your grasp and runs off), but it’s the warmest, most wonderful 0.25 seconds ever.

But nothing makes the parental heart melt quite like the first time your toddler says those three little words to you – “I love you”. Sure, it was super special when your high school crush or your significant other said it; your heart beat faster, violins played in the background and Cupids frolicked overhead. But for sheer tear-inducing, heart-breaking sweetness, nothing beats a toddler proclamation of love.

The thing is, you’ve been in love with this little person right from the start. As every mom knows, there’s that one moment when you fall intensely, irrevocably in love with your newborn, that moment which makes you go, “Oh, that’s what they were talking about!” about all the things you’ve ever heard of a mother’s unconditional love. It might happen the moment you first set eyes on your baby at the hospital, or as in my case, a couple of weeks later, at 3 a.m., when I just sitting on the couch, holding her in my arms. I remember looking into her eyes and feeling overwhelmed by the emotion, and, in my sleep-deprived, incoherent state, struggling to express it while crying the whole time. Not my finest moment of communication, but there it is.

Over the next few months, you say it again and again – “love you, baby!” – and all you get in response is a “babababa” or a coo, or if you’re really lucky, a grimace that might be a smile (or more likely, gas). Then, one day, you say it, and you get a proper response. My daughter was around one then, and she said something that sounded like, “Happy amma!” I didn’t even realise that she was trying to say “I love you, amma” until it happened a few more times. And then I just turned into a teary-eyed mess, a big puddle of goo, because, gosh, I really was the happiest amma in the whole world. (To put this in context, she’d only started saying, ‘amma’ a few weeks before. I was last on the list; she’d learnt to even say ‘paati’ and ‘thatha’ before she deigned to say ‘amma’).

When she was one-and-a-half, I had another heart-melting moment when she started saying “Lubee amma!” I missed “happy amma” a bit, but I’d take “lubee” any day. In fact, everyone in the family dispensed with ‘love you’ and went around saying ‘lubee!’ to one another. By the time she was two, she was able to say “love you” (naturally, I turned to goo. Again). In this phase, she’d just say, “love you too, amma” (whether or not I’d said “love you” first) because, obviously, the fact that I loved her was a given (duh).

Fast-forward a year, and the novelty had mostly worn off. I mean, I still felt wonderful every time she said it, but I no longer turned into a weepy puddle of happiness. Then recently one morning, we were playing together, and she stopped, looked up at me, and said solemnly, “I love you, amma.” Just like that. My heart swelled till it felt like it would burst, and I was all choked up as I said to her, “I love you too, baby.” I was no longer the sleep-deprived new mom I’d been that night at 3 a.m., but the intensity of emotion was still the same. Those three little words pack quite a punch.

‘Toddler Talk’ is a weekly column that appears in The Hindu MetroPlus.